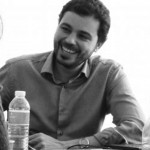 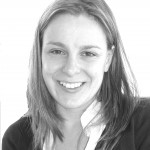 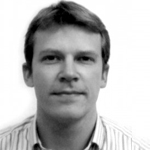 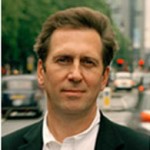 Brett Steele is the Director of the Architectural Association School of Architecture and AA Publications. He is the founder and former Director of the AADRL Design Research Lab, the innovative team- and network-based M.Arch programme at the Architectural Association. He is a Partner of DAL, desArchLab, an architectural office in London, and has taught and lectured at schools throughout the world. His interests include contemporary architecture and cities, architectural culture, and the impact of new media and today‚Äôs network-based distributed design and communication systems on architectural education. Brett is the editor of ‚ÄòNegotiate My Boundary‚Äô (London 2002), ‚ÄòCorporate Fields‚Äô (London 2005), ‚ÄòD[R]L Research‚Äô (Beijing 2005), and ‚ÄòSupercritical‚Äô (2008) and First Works:Emerging Architectural Experimentation Of The 1960s & 1970s (2009). He is Series Editor of ‚ÄòAA Words: Critical Thinking in Contemporary Architecture‚Äô, and the ‚ÄòAA Agendas‚Äô Series. Brett‚Äôs articles, interviews & lectures have appeared in Arch+, AD, Architectural Review, A+U, Archis, AA Files, Harvard Design Magazine, The Architects Journal, Hunch, World Architecture, Log, Japan Architect, Icon Magazine, Daidalos and other journals.¬†¬† 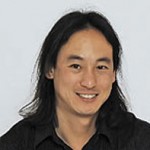 Franklin Lee (www.subdv.com) uses computation and digital fabrication to work on generating environmentally and socially responsive architectural interventions for and in collaboration with various community organizations.¬† He is directing the AA Brazil Visiting School (brazil.aaschool.ac.uk) and runs the AA Diploma 2 with Anne Save de Beaurecueil (dip2.aaschool.ac.uk) . He previously taught at Columbia University and Pratt Institute in New York, and received a Master‚Äôs Degree from Columbia University. He has published, exhibited and lectured about his work worldwide, including the Beijing Biennale, the Rotterdam Biennale, the Athens Synthasoris Exhibition, the London Festival of Architecture, and the Festival of Electronic Language (FILE) in S√£o Paulo. The academic work has been featured in AD, ArchiCree, and the AA Agendas 7 Articulated Grounds: Mediating Environment and Culture publication and AU publications. As an extension to the academic research, the office SUBDV is working with different micro agencies such as a children‚Äôs carnaval samba-school in Rio de Janeiro, an educational and cultural headquarters in the shantytown of Paraisopolis in S√£o Paulo and an informal sports academy under the S√£o Paulo downtown viaduct.¬†¬†¬†¬† 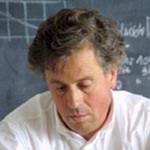 David Jolly is an architect in practice, Unit Master Tutor¬†and lecturer in the School of Architecture and Design at the Pontificia Universidad Cat√≥lica de Valpara√≠so. He is a co-founder of the Open City of Amereida, where he both lives and develops his research. This research is mainly in two domains: new forms for architecture employing geotextile fabric formwork for concrete, and architecture‚Äôs relation to poetry. In the latter field, he has completed about 25 expeditions with his students ‚Äì ‚Äòtraves√≠as‚Äô or ‚Äòvoyages‚Äô (literally ‚Äòcrossings‚Äô) ‚Äì to various sites across the South American continent since 1984. Both the work at the Open City and the Traves√≠as seek to establish the inhabitable space and possible destiny of South America revealed by poetry.¬† 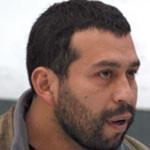 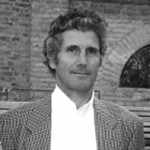 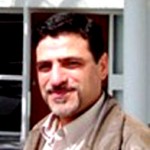 Rodrigo Garc√≠a Alvarado¬† has a Ph.D. in architecture from Universidad¬†Politecnica de Catalunya, Spain, Master in Information Technologies¬†for Architecture from Universidad Politecnica de Madrid, Spain and¬†Architect from Pontificia Universidad Catolica de Chile. He has been¬†visiting researcher in University of Kaiserslautern and¬†Bauhaus-University of Weimar, Germany, University of Houston, USA and¬†Stratchclyde University, UK. He works on digital media in¬†architecture, in particular 3D modeling, animation and digital¬† fabrication. He also carries out research on design teaching,¬†contemporary architecture and virtual heritage. Currently he is head¬†of the Ph.D. programme in Architecture and Urbanism at the Universidad¬†del Bio-Bio, Concepcion, Chile.
Arturo Lyon Gottlieb is an architect who graduated from the Catholic University in Chile and Master in Architecture from AA Design Research Laboratory. After finishing his studies he worked at Zaha Hadid Architechts in London for two years focusing on the use of parametric design and algorithms for the resolution of doubled curved paneling systems as well as conceptual designs for different projects in China and Middle East. He has taught at the AA Landscape Urbanism Programme and workshops on Generative Algorithms and Parametric Design at the AA and at the Catholic University in Chile. He is currently Assistant Professor at the Catholic University in Chile and partner at LyonBosch architects.¬†¬† 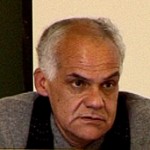 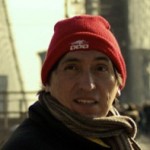 Pablo C Herrera¬† Industrial Designer. MSc studies in Architectural HistoryTheory and Criticism. Since 2006 he works usings scripts and parametric tools and the implementation of these techniques in Latin America universities.The results of his work have been presented in Lima, Bogota, Valpara√≠so, Medellin, Sao Paulo, Santiago, Mexico and La Havana. of the Editorial Board of SIGraDi. Guest Editor of the IJAC (2009). International Scientific Review Committee member of SIGraDi (2004-2011) and CAADRIA (2010-2011). Keynote Speaker at the XII SIGraDi (2008), and in the XX Congress of the Colombian Association of Architectural Schools (ACFA 2009). He was one of the six Latin Americans invited to publish the results of their academic work at the III (2008) and IV (2010) Beijing Biennale of Architecture. FabLab Lima consultant and Vicepresident of SIGraDi (2007-2011).
¬†¬† 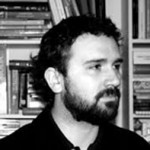 Drago Vodanovic is an architect graduated at the University of Chile (awarded best GPA) and Master in Architecture of the AA Design Research Lab. In England, he worked for the global architectural practice POPULOUS in a wide range of large scale sport projects in Europe and Middle East. In Chile, he has worked as independent architect and also in association with prominent architects as Albert Tidy, Marco Polidura and Jos√© Campl√°. He has taught at the AA Electronic Media Lab and for the MArch from the University of Pennsylvania School of Design. In Chile he has taught at the University of Chile and San Sebastian University, at different design studios and in parametric design/digital fabrication courses. Currently he is the Director of Architecture from the School of Architecture of the San Sebastian University at Puerto Montt.¬† 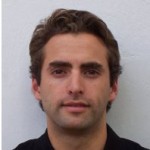 Tomas Jacobsen¬†is an architect graduated at Tecnol√≥gico de Monterrey of Mexico and Master in Architecture at the Architectural Association (DRL. Design Research Laboratory). He has been working as lead architect in different countries, especially Mexico and Chile. During the last 3 years he has conducted unit programmes focused on urban space, architectural design and digital tools. Currently he is working as independent architect and teaching architecture as unit Master at the San Sebastian University in Puerto Montt, Chile.¬†